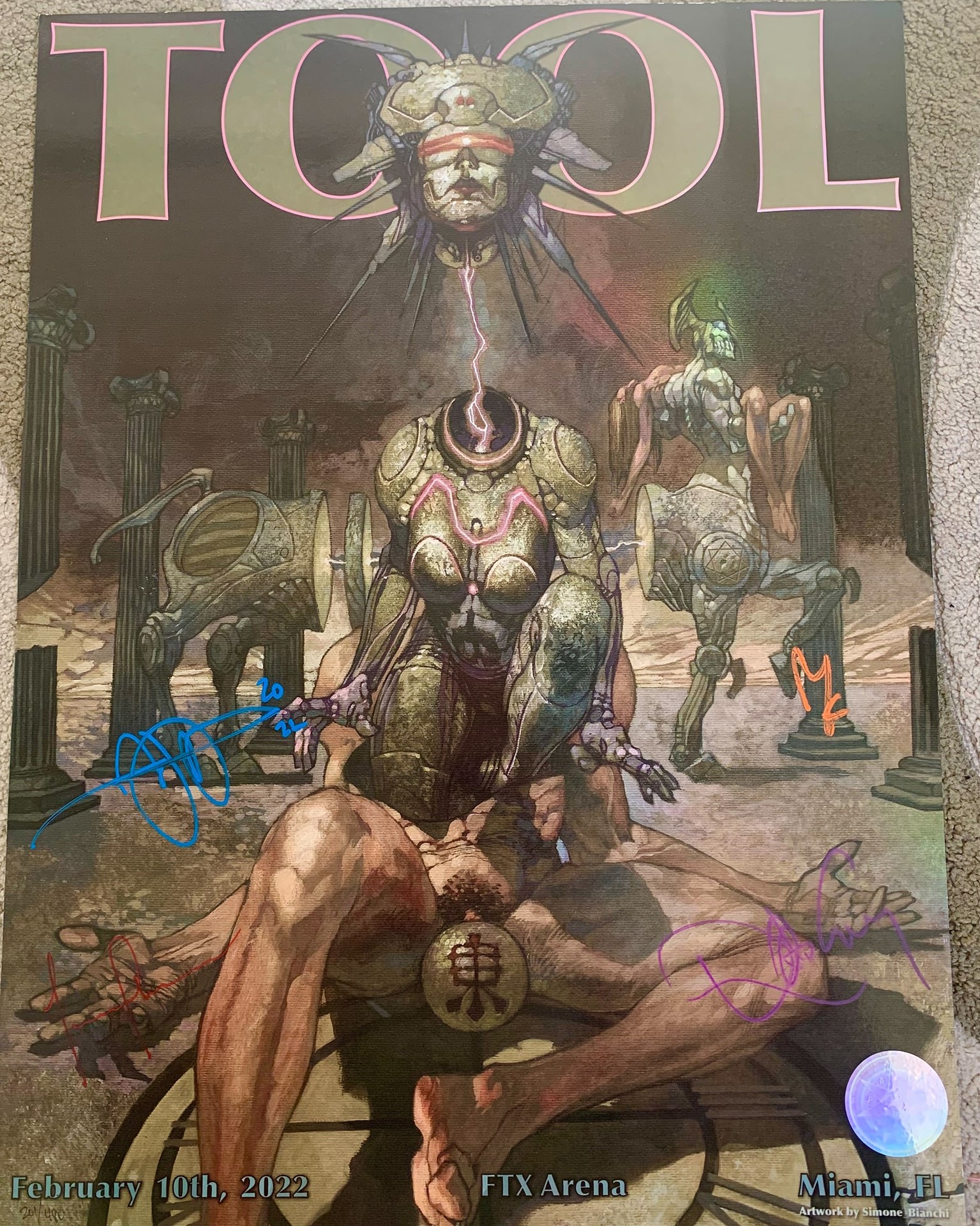 The LA progressive metal band formed by Maynard James Keenan, Adam Jones, Justin Chancellor and Danny Carey came back on stage in 2022 with a US and Europe tour, following the 2019 album Fear Inoculum publication, after 2 years stop.

The band has always been interested into musical experimentation and visual arts, and they asked Simone Bianchi to paint the February 10th Miami FTX Arena concert.

Being a great music fan and a TOOL fan for ever, it was a privilege and an honor for Simone to get the request directly from guitarist Adam Jones to paint the 2022 Florida concert.

Contamination between art and music has always been present in Simone’s pictorial work; he has worked for other Music Artists too, always letting himself inspire by his passion for metal and rock.

The band left Simone total freedom to express himself the way he wanted and so raised a painting on canvas by dark and surrealist atmospheres, combining the TOOL music lyrics style with Simone’s most known pictorial one.

The official 2022, FTX Arena poster numbered in 480 copies, is signed by all the band members and by Simone. If you are a fan or a collector, you can’t miss such an exclusive item!

10 Items
No reviews
Tap to zoom