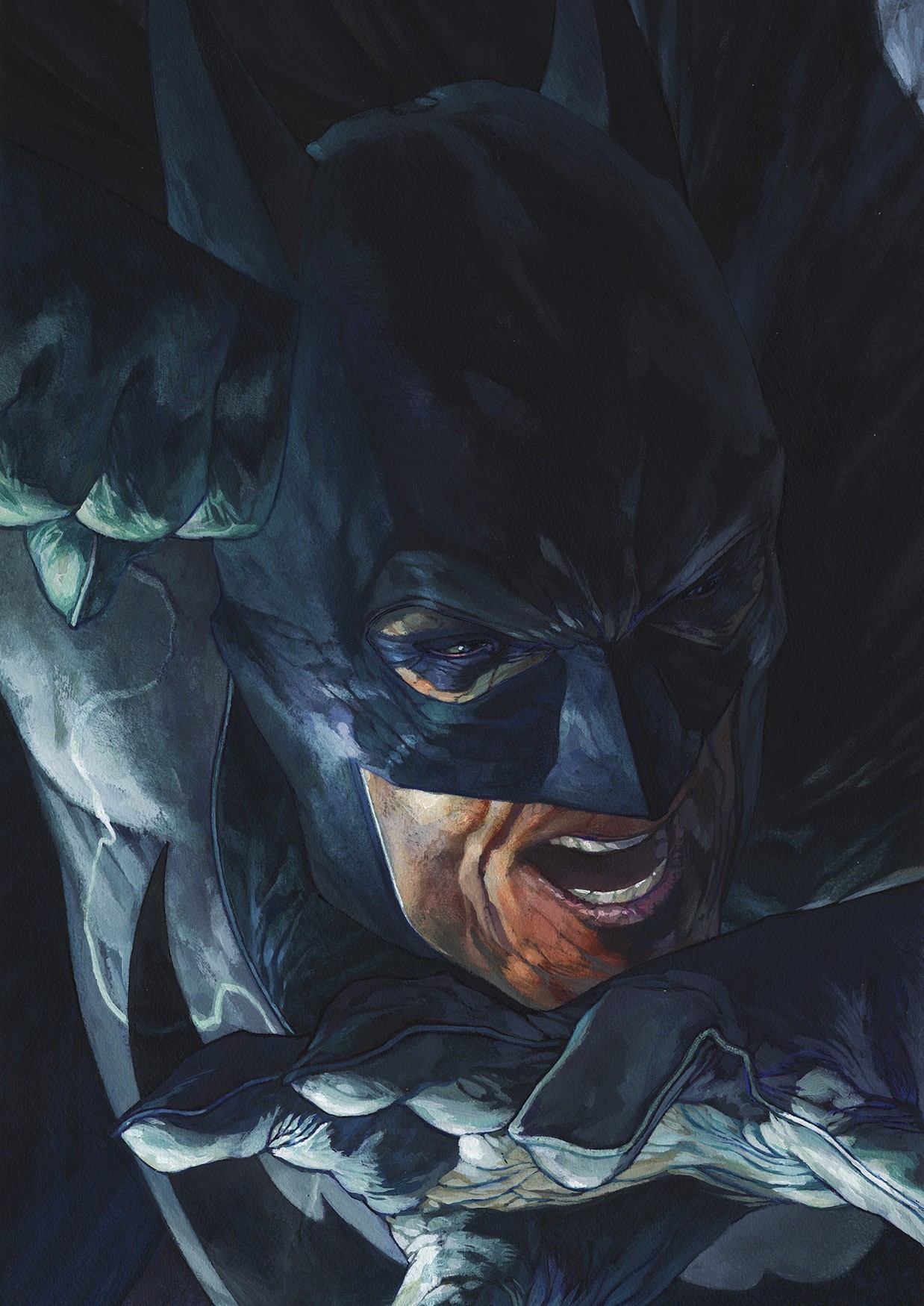 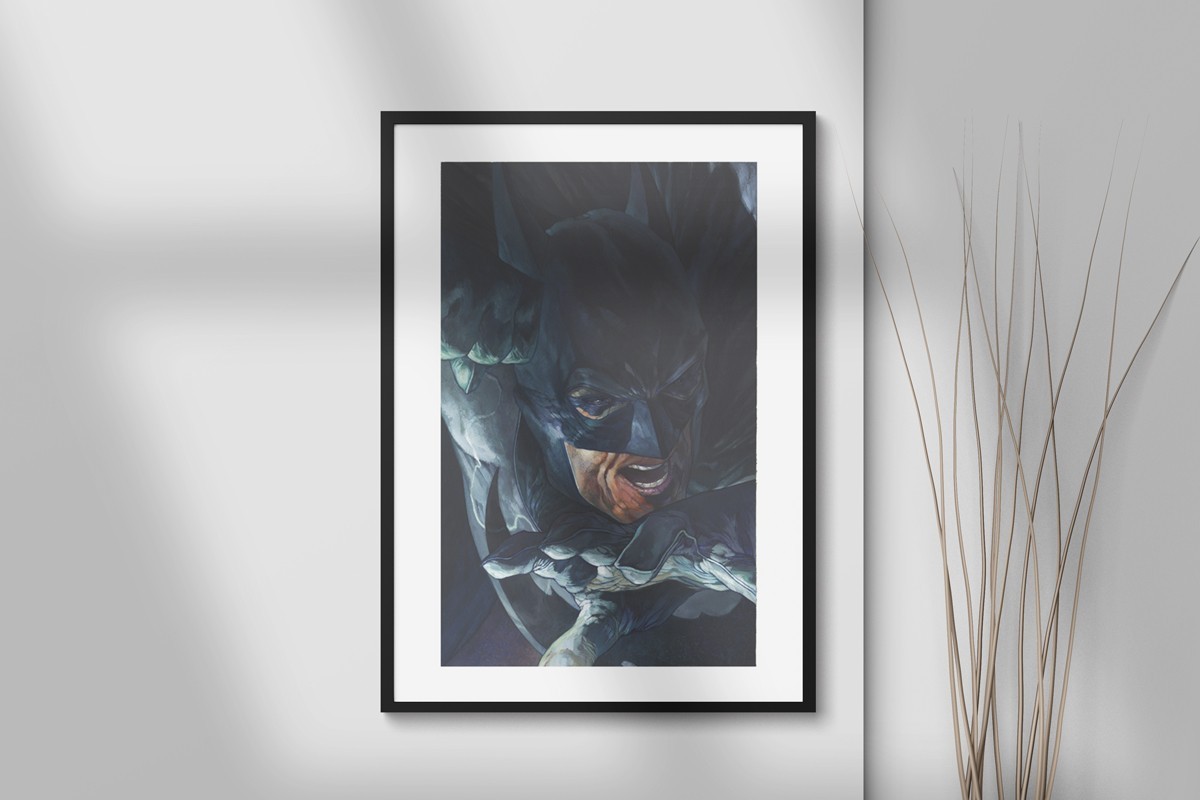 A limited-edition print of just 100 numbered copies signed by Simone Bianchi depicting a close-up of Batman. The original work was painted in acrylic on poster board in 2020 by Simone Bianchi, who decided to put himself to the test by painting a portrait of one of the best-loved characters in comic books.

The pictorial nature of the work is striking, with the superhero’s face depicted in all its inscrutability while concentrating on a fight. In contrast with the classical comic-book iconography, Batman’s cryptic nature is captured not in the plasticity of his body in battle, but rather in the depth of his expression, represented in three-quarter profile in what is entirely reminiscent of a classical painting.

Do not miss the opportunity to enhance your collection with this limited-edition print, signed by the artist of a piece which is genuinely unique in its genre. 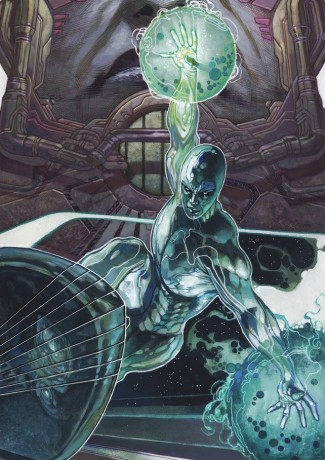 €18.00
Print of the painting of Silver Surfer, in a limited run of 500 signed, numbered copies. Dimensions: 33 x 43 cm Important: the postage and handling cost for lithographic prints is a set amount for up to ten pieces! 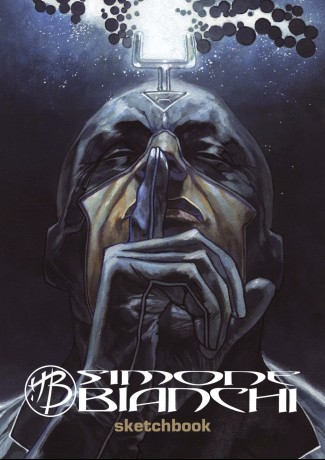 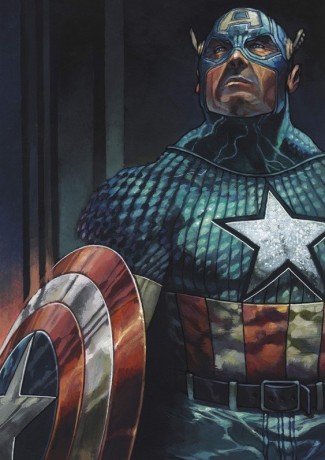 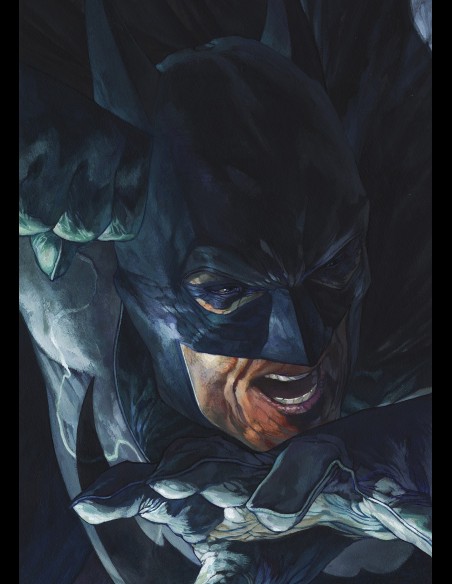 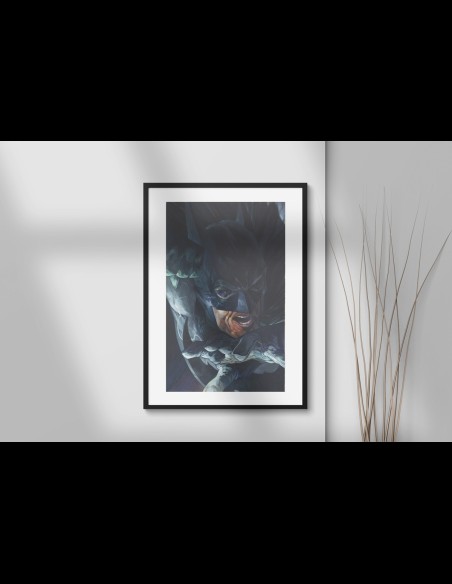