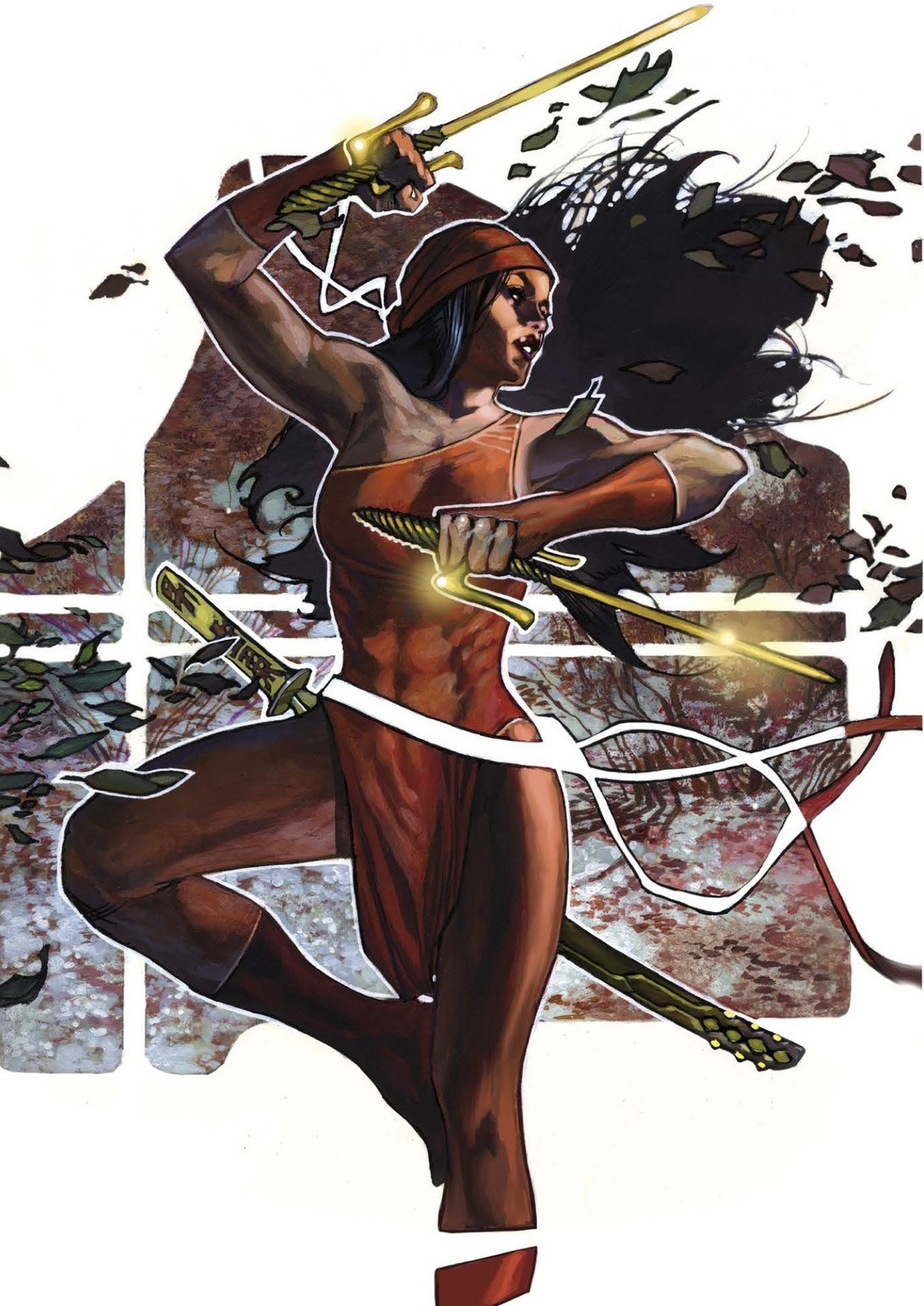 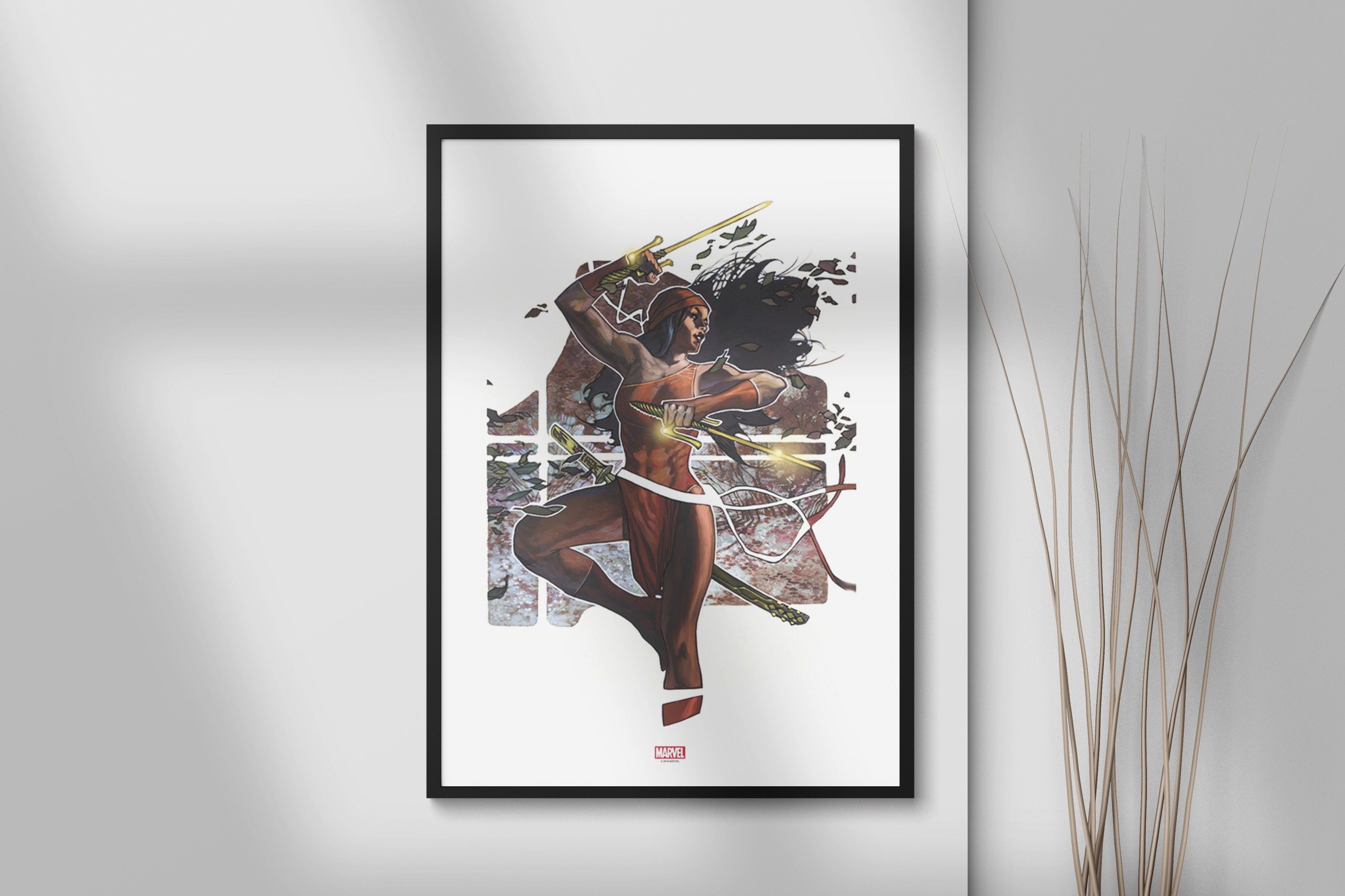 Screen print in a limited edition of 400 signed, numbered copies on 400 gsm Fedrigoni paper.
The dimensions are 43 x 31.5 cm.

This numbered and signed screen print is Simone Bianchi’s interpretation of one of the most innovative and original comic book characters to come from Frank Miller’s pen: the kunoichi Elektra Natchios, an assassin for hire of Greek origin armed with two sai, traditional Japanese weapons.

Appearing for the first time in Marvel’s Daredevil in 1981, Elektra is a violent anti-heroine whose lifestyle pushes the bounds of legality, one of the first and most famous “Bad Girls” of the comic books. The character’s success was almost immediate: written to appear only in Daredevil number 168, she later reappeared not just as an adversary but on some occasions also as an ally of the protagonist, with whom she has a complicated relationship.

After being admitted to Columbia University in New York City, where she meets Daredevil’s alter ego, Matt Murdoch, the assassination of her father by terrorists unleashes her dark side and desire for revenge, which lead her to become a ruthless ninja assassin and hitwoman.

Elektra is then killed with her own sai at the hands of Bullseye in number 181.

Simone Bianchi’s portrait of Elektra conveys with great plasticity all the athletic physicality of this antiheroine, trained in martial arts and as an acrobat from a young age. Her athletic physique and resistance to pain and extreme heat and cold, combined with her skills in hand-to-hand combat, make her one of the most dangerous women in the world of comic books.

This splendid screen print of Elektra signed by Simone Bianchi is printed on 400 gsm Fedrigoni Tintoretto paper, measures 43 x 31.5 cm, and is available in a limited edition of just 400. If you are a fan of Elektra, purchase this special piece online – it is sure to make your collection unique.

100 Items
No reviews
Tap to zoom 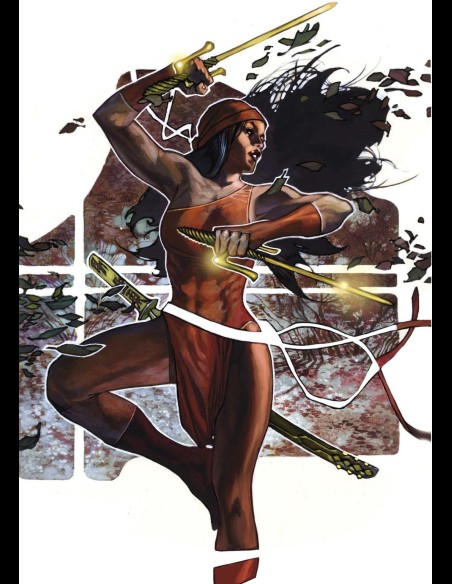 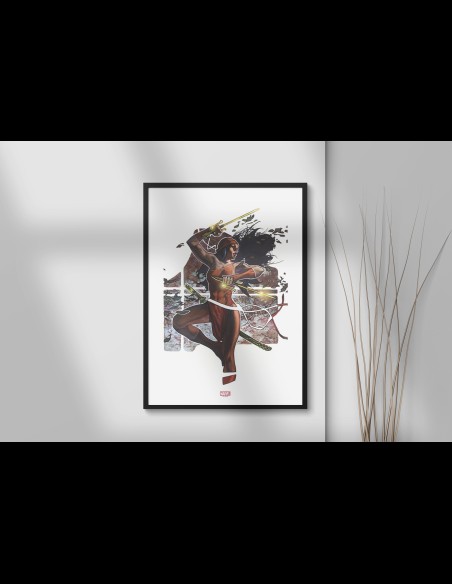